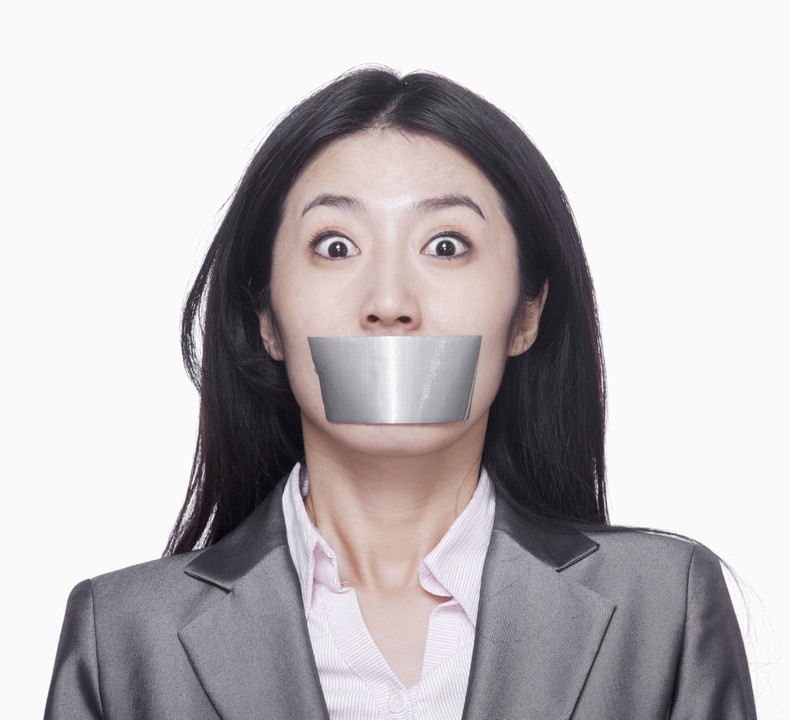 ‘Silence is golden’ may be a virtue but there are times when silence can be toxic or even destructive.

One of the most common and unfortunate occurrences of silence is a result of a disagreement or an argument. Often, one or both parties will decide not to speak to each other or avoid interacting with each other altogether. This creates a complicated situation for both parties and contributes to an awkward environment for other people as well.

In this article, I will give you a simple framework to deal with conflict – and to avoid walls of silence being built.

Look back on your own family life, or on the lives of people around you. Think about times when family members or friends were in conflict – and stayed silent.

I have witnessed silence go on for prolonged periods of time. For years.

Now think about your work environment. It is not uncommon for people who are loosely termed to be “team members” to have built thick, silent barriers between them. It happens, and it’s common.

It is destructive to performance. A culture of silence does not allow for constructive and respectful interpersonal relationships to flourish and will cause disruption and conflict.

So, how do we avoid making ourselves victims of silence in the workplace?

Some years ago, I was introduced to four letters that helped me become more effective in life. The letters are DESC.

These letters can help you break the silence before the barriers start going up.

DESC helped me progress on my journey to becoming a more assertive person.

So, here’s the scenario. Your colleague raised her voice towards you in a meeting. Let’s say her name is “Mariah”. It is the second time that this has happened. Mariah displayed aggressive behaviour towards you on both occasions. Other people were in attendance at both meetings.

You were annoyed the first time. You are angry this time. Your natural reaction is to avoid this person – to “punish her” by avoiding her, and by passively not supporting her. You want to “just shut up” when in a meeting with her. (That’s called passive aggression, by the way).

However, for the sake of keeping peace at work, you have decided to be assertive. So, you go into DESC mode: Describe, Express, Specify, Consequences.

You arrange to meet Mariah privately. This is how your DESC conversation goes.

“Mariah, we have had two meetings in the last two weeks where you raised your voice towards me. WHEN you speak like this in front of our colleagues…”

EXPRESS how you feel.

“IT MAKES ME FEEL disrespected and embarrassed in front of our colleagues.”

Tip: it is important that you focus on how you feel. Mariah cannot argue with how you feel. Do not say, “You disrespected me and embarrassed me.” That will give Mariah bait to argue on.

SPECIFY what you would like the other person to do.

“IN FUTURE, I would appreciate it if we can keep a more even tone of voice during meetings.”

CONSEQUENCES of what you are asking for.

·        “SO THAT, even when we have different views, we can deal with the issues and walk away ready to go to lunch together!”

So, let’s put this together:

Mariah, we have had two meetings in the last two weeks where you raised your voice towards me. WHEN you speak like this in front of our colleagues IT MAKES ME FEEL disrespected and embarrassed in front of our colleagues. IN FUTURE, I would appreciate it if we can keep a more even tone of voice during meetings. SO THAT, even when we have different views, we can deal with the issues and walk away ready to go to lunch together!”

I found that this framework was easy to remember and easy to apply.

Here are a few guidelines to help you use DESC effectively:

•     To focus on how the behaviour makes you feel

•     Do not blame the person for their past behaviour

And, over time, you will be able to make the approach your own.

Let me end where I started. Silence can be destructive. The DESC approach will help you communicate in an assertive way that preserves the relationship.

Give it a go, and you will see positive impacts!